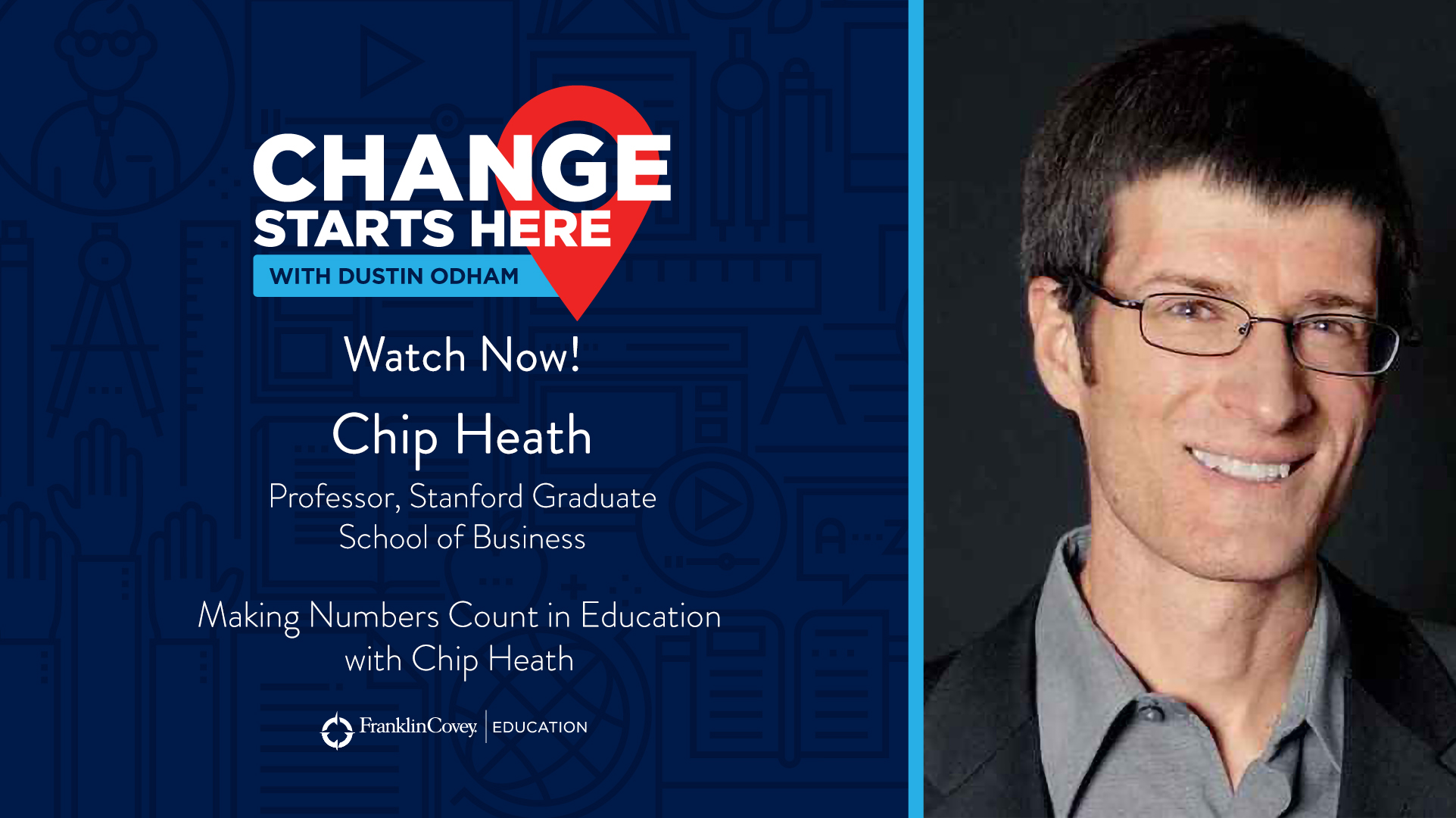 So, what is the Vividness Principle?

Vividness—in common usage, it means something that’s very striking, a color, or shiny, bling kind of stuff. But what it means for us is just making it tangible and concrete and immediate for people. One of my favorite examples in the book is Carla, [who] was taking a science class in her junior high school years, and they were talking about the problem of polluted water. How much water do we actually have to drink in the world? And because the world is made of water, we can think pollution is not a big deal. But it turns out, 97.5% of the water in the world is salinized—it’s in oceans, and in the remaining 2.5%, 99% of that is tied up in ice: the frozen tundra, icebergs, and the polar ice caps. So, the remaining .0025%— we can drink all of that as long as we don’t pollute it.

Those numbers give you a sense that there’s not much water out there, but what the teacher did was go further and create a tangible, vivid image of that exercise. He said to imagine a gallon jug. You fill it up with salt water, and at the top, you float three ice cubes, and there are some drops of water there that are streaming off those ice cubes. That’s the amount of fresh water that we have in the world, those few drops of water off the ice cubes at the top of the gallon jug of salt water.

Carla said that it made all the difference for her as a seventh grader in talking, conversation, [and] cocktail parties with adults that family would have over because all the sudden she had interesting science information about a relevant topic that’s relevant to the discussion, and she took great pride in telling him about that. And so, that’s pretty good. That’s a good day’s work for a science teacher when you’ve got seventh graders interacting with adults on a scientific issue and feeling confident and like an expert. That’s the advantage of vivid information—it sticks in our mind, and we can work with it in a way that transforms how we approach the situation.

To your point, one, and most importantly, is probably retaining that information. And two, just using that example; it provides urgency. I see myself thinking, “Man, that’s all we have,” and it just makes the problem very real, which is really powerful.

You had mentioned emotion, and one of the follow-ups to what you had just said is that because of the vivid example, there’s more emotion in that and more of a willingness to tackle something. That’s an important thought, that numbers not only have to help us understand the situation, they have to help us understand why we care about that situation. When you say it motivates me to go out and do something about it or to at least foster the conversation or contribute to people who are trying to deal with the problem, those are all motivational effects of an emotional reaction to a number. It’s important to remember that our numbers have to provide motivation in many situations, and how to do that is an important problem.

I know you work out, and you mentioned boating, but is there anything else that you do to help yourself unwind?

Dan Domenech: Lately, one of the things that I’ve discovered is, I have these air pods that I just put in my ears, and I put on Spotify, if you’re familiar with that music channel. Then I just lie down with those earbuds on and for a half hour. I’ll play Spanish guitar. I’ll play love music from the 70s. I’ll play any of those nice and mellow sounds and I just sit there. It’s a form of meditation, and I think of nothing. I’m just listening to the music and in a half hour when I’m done, I feel recharged and ready to go. It’s not meditation, but for me it’s a great form of relaxation.

Dustin: It may seem small, but make sure as you’re starting your school year that you’re taking the time to recharge and take a minute on the couch to enjoy your relaxing music or whatever it might be for you. As Dan points out in our podcast, it’s so important to take care of yourself so that you can be a champion for the children in your districts, schools, and classrooms.