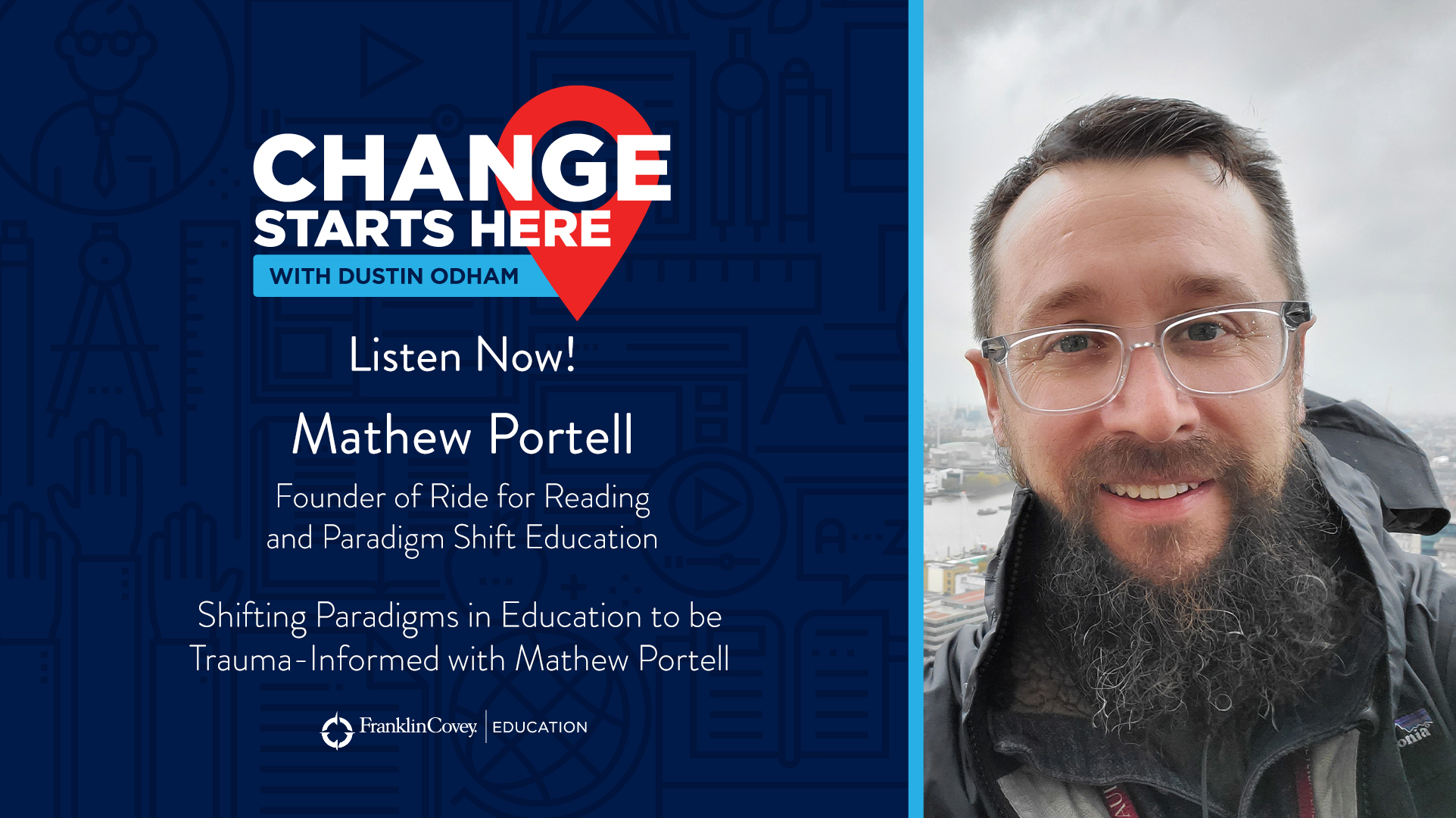 Mathew Portell:  And I think that’s valid. I think there’s some validity to that right? Developmentally we do have to look at the different tiers. However, if we don’t teach the skills and the teachers prior did not teach the skills to these kids, employability is low.

If they can’t stay regulated. If they don’t understand emotional regulation. If they don’t understand what happens when they do get angry within the way their body feels or the way that their mind works. Like, those things happen and come out and we have kids that leave high school with a diploma with no social and emotional competency. With no ability to understand why do I feel the way I feel and what am I going to do with this?

Do you know how I know that? That was me. I graduated at 17 and I actually graduated going half-day because I had enough credits. I had the diploma. I had no social and emotional competency. I had no self-awareness. I had none of those pieces that back when I was in school those things didn’t even exist. We were told to sit down, be quiet and do what you’re told.

So, I mean, I think that we didn’t have these things when we were younger. And so, when we’re preparing the kids for the world we lived in, we don’t live in the same world.

As a teenager, I wasn’t an advocate for others like I see kids now. I personally marched with 10,000 people downtown organized by four 15-year-old kids from a local high school. That did not exist in my world. So, I think, when we say we’re preparing them for the real world, the real world is not the world we jumped into when we left high school. It’s a completely different place.