As President of FranklinCovey Education and on behalf of my colleagues, we join with like-minded educators everywhere to declare that there is genius, worth, and potential in everyone. In June 2020, I joined my voice to that of our CEO, Bob Whitman, who published a letter about our organization’s commitment to stand against racism, discrimination, and prejudice in all its forms. Given the ongoing contentious and divisive environment we find ourselves in, I wish to affirm our organization’s stand on these important issues.

We stand firmly against any beliefs or behaviors that diminish or limit the worth and potential of anyone in any way because of differences, whether it be race, gender, sexual orientation, age, nationality, or any other identifier. Racism, discrimination, and prejudice are totally contrary to what our company and our Leader in Me community stand for. Please allow me to share a personal story to illustrate.

In 2007 I visited A.B. Combs Elementary School in Raleigh, North Carolina, for the first time. Once a failing school, they had been named the #1 magnet school in the country, and they had done it in part by applying the principles of The 7 Habits of Highly Effective People. As you can imagine, I was excited to see what they had built.

It only took a few minutes of walking the halls of A.B. Combs to understand why their school was so remarkable. The teachers were totally engaged. The kids were full of confidence. “Hi, Mr. Covey,” one said, looking at my name tag and shaking my hand. “My name is Jermaine and I’m a leader of technology.” Another student showed me her goals, saying, “My academic goal is to learn to count to 100 and my personal goal is to learn to tie my shoes.” Wow, I thought. Do I even have any goals?

Each student had written personal and academic goals they carried around in their data notebooks. All the kids had leadership roles and responsibilities and were literally running the school—from conducting tours to doing morning announcements. I heard several students give polished speeches on how they were applying the 7 Habits in their own lives. It was unforgettable.

I went home and told my wife that we needed to move to Raleigh so that our kids could attend A.B. Combs. She asked, “What made it so different?” I thought for a second and said, “It felt as if every teacher believed that every child in the school was a genius.”

A.B. Combs, the first Leader in Me School, is a diverse public school with over 800 students from 58 different countries, speaking 27 different languages, and with a considerable number of students receiving economic assistance. Yet, they had created the most inclusive culture I have ever felt, where every child of every race, background, and circumstance was celebrated for the unique gifts and talents they brought to the school.

Today we are proud to be partnering with over 4,500 Leader in Me Schools in more than 50 countries around the globe. We embrace these school communities for the rich cultural and racial diversity that makes our global Leader in Me Community that much stronger. And it all started with a principal and her team at A.B. Combs, who passionately believed that “Everyone has genius,” “Everyone can be a leader,” and “Change starts with me.” These beliefs have become the foundational paradigms of Leader in Me.

Having experienced so many schools who celebrate diversity so well, I am deeply saddened by racist attitudes or actions that diminish the worth and potential of any human being. It’s our desire to advance just the opposite.

The foundational principles we espouse in The 7 Habits of Highly Effective People, one of our key areas of content, affirm our stance on these matters. Among others, Habit 6: Synergize teaches us to value differences and see them as an advantage, not a threat. And Habit 7: Sharpen the Saw states that we are each a whole person, with a mind, a body, and a heart, and that we should respect each other’s individuality and dignity.

Our continued commitment to diversity, equity, and inclusion is one reason why we strive to bring the Leader in Me process and culture into as many schools and countries as possible.

As well, we continue to create research-based resources to help schools implement these concepts. Such resources include a training program we’ve designed for districts and schools called Equity in Education. We also recently developed a training program and an accompanying book titled Unconscious Bias: How to Reframe Bias, Cultivate Connection, and Create High-Performing Teams. And we continue to build and distribute lesson plans through our Leader in Me Weekly newsletter to help schools build more inclusive and equitable classrooms and cultures.

We also strive to practice what we teach as a company. To that end, our CEO recently signed the CEO Action for Diversity & Inclusion pledge (www.ceoaction.com) with nearly 2,000 other CEOs from the world’s leading companies to advance diversity, equity, and inclusion in the workplace.

The best quote I’ve ever heard on leadership is: “Leadership is communicating to another their worth and potential so clearly they are inspired to see it in themselves.” I couldn’t agree more. Every human being has immeasurable worth and potential, and it is our privilege and responsibility as educators to communicate that— especially to the children we work with who are so vulnerable and impressionable. So let us all work together to remove the barriers that divide us and advance that same love, equality, and celebration of diversity that unites us, which I first witnessed at A.B. Combs. 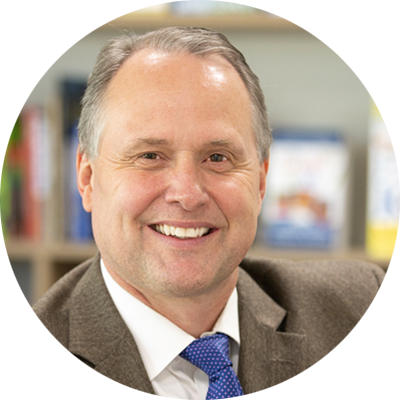 To that end we pledge our finest efforts.