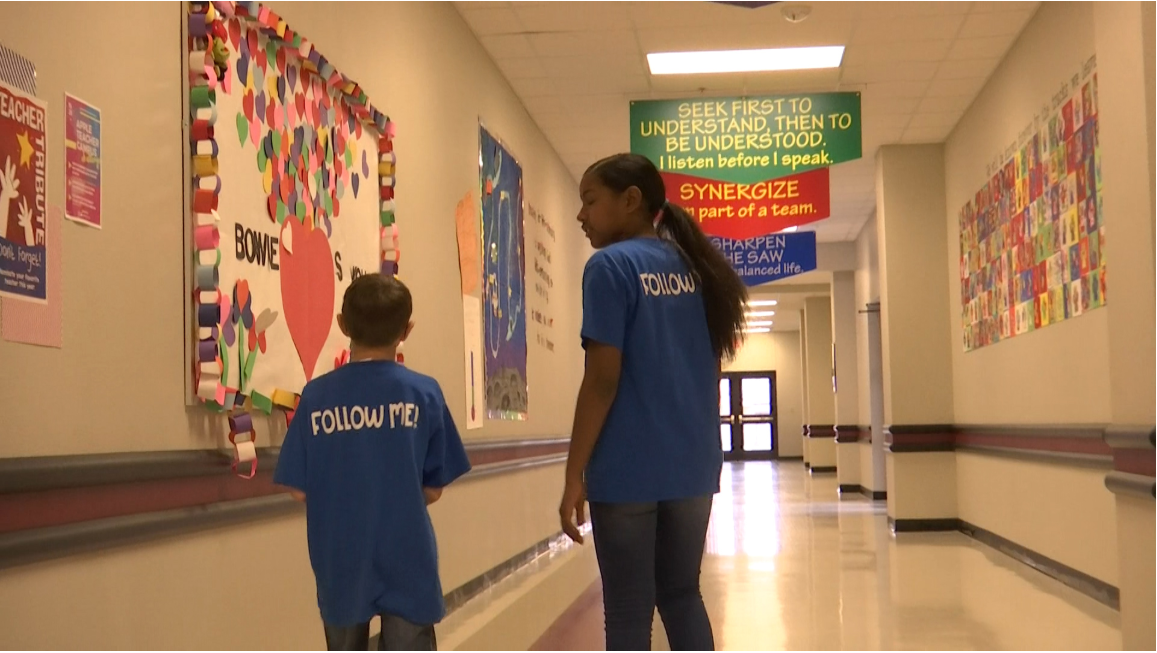 “They’re going to shine their light out into the world and show what their leadership is to lead other people to those good choices,” Jana Walker fifth-grader teacher said.

The recognition comes after implementing the Leader in Me process that puts leadership and responsibility in the student’s hands.

The third-grade teacher said they also take on the responsibility of greeting each student on way into class.

“Even if it’s just a small leadership role it means a lot to them,” she said.

When ‘team Leader in Me’ officials came to judge the school, it was students at the forefront.

“The students really did everything as far as guiding them through the halls and showing them our different work, it was very student-centered,” she said.

“And that means a lot to the lighthouse student team because we have been doing a lot for the school and everybody has been working for this, and that is just our whole goal to be,” fifth-grader Jude said.