Breaking Through Barriers to Leave a Legacy

Breaking Through Barriers to Leave a Legacy 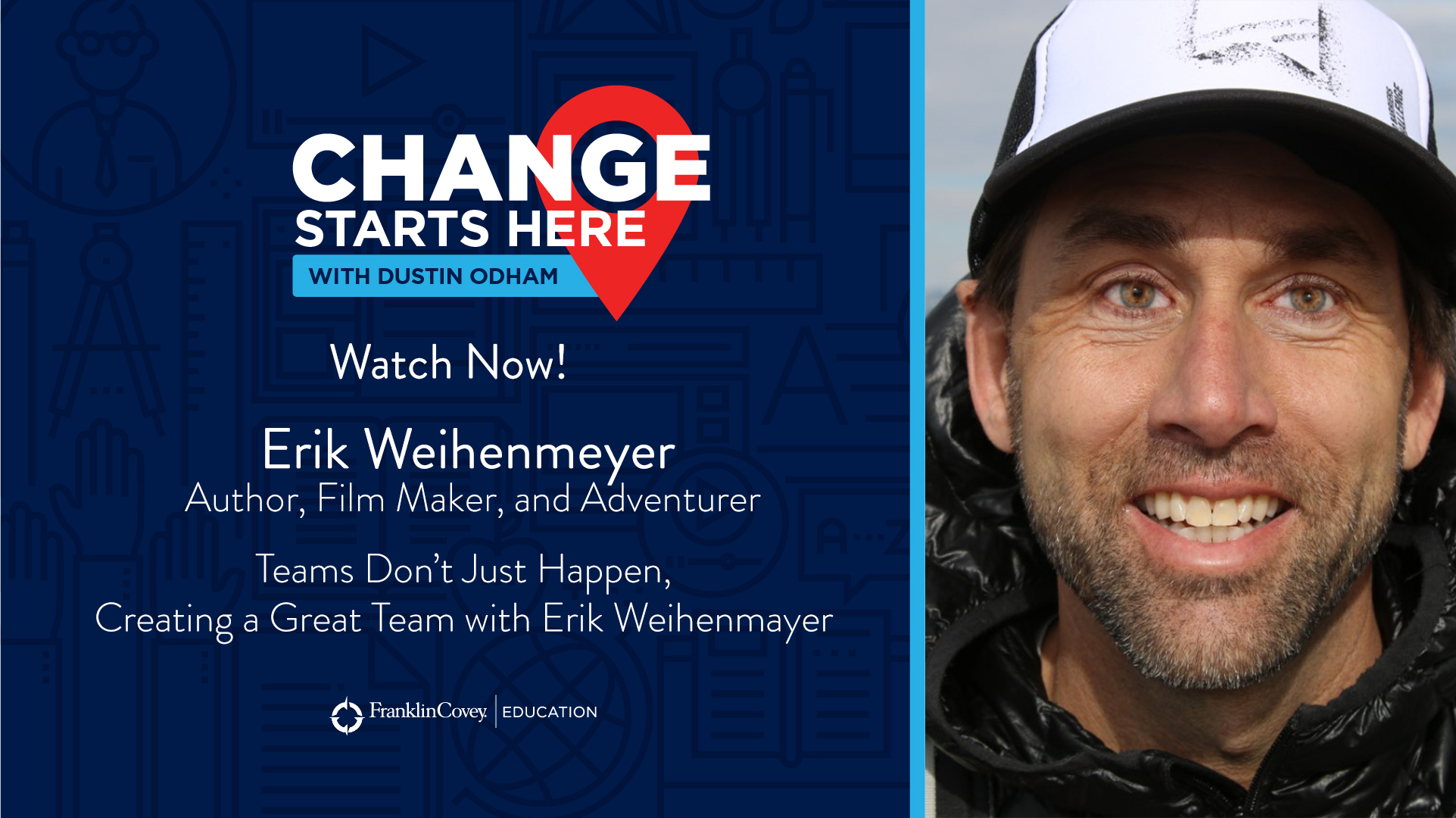 Dustin Odham: I read a quote about you that I’m interested how it lands with you now. You know you were on the cover of Time Magazine…[it said] somewhere in there, “There’s no way to put what Eric has done in perspective, because no one has ever done anything like it. It is a unique achievement, one that in the truest sense pushes the limits of what a man is capable of.” So you go from the cover of Time Magazine to having this written about you. You get all the accolades from it, but you’re an adventurer, you want what’s next. Was it tough to figure out, you know, “ what do I do now that like it seems by life standards, I might have reached the pinnacle?”

Erik Weihenmayer: Yeah, for sure, I remember sitting in the hot tub, my hot tub in my backyard with my wife and I was getting letters from all over the world. People are like hey you know come and try this. I don’t think I’m exaggerating too much when somebody literally said, “hey I have this catapult. We’re going to catapult you over a canyon and we have this giant wall that we’ll build and it’s Velcro and you’re going to stick to the wall, it’s gonna be amazing.” I’m like “no, that doesn’t sound amazing!” I’m not like this Evel Knievel blind guy that just wants to go out and do a bunch of stunts and find risky things that I can do to prove to the world that I’m this or that. I mean that’s just so shallow. I didn’t want any part of that, I wanted the things I did to mean something.

So, PV who was our team leader. He did something so amazing I still remember it. I came down the mountain and I was down to the Khumbu Icefall, which is another jumbled up mess of boulders and ice of every size imaginable, and we had to cross through that 10 times. So, you come down the icefall the last time and you’re so psyched to get through this labyrinth of ice and you’re thinking, “I’m alive, I’m so happy!” Then PV pulls me aside and he says, “do me a favor, don’t let Mt. Everest be the greatest thing you ever do.” I was like “what else is there PV?! I mean, like, I’m going to go home and eat chocolate croissants and drink hazelnut lattes and 50 years from now look back at this thing I did when I was 33.”

But PV was saying, “no man, this is not a trophy on your shelf, this is not a picture on your wall, this is not a line in your resume. This is an experience that should be a catalyst to propel you forward to new discoveries and new learnings in your life. You’ve gone through a lot here, so let it mean something.” And so that really helped me to think about what comes next; it has to be meaningful.

So, I did projects. I went to Tibet and trained six Tibetan blind teenagers and we climbed peaks in Tibet. We climbed a 23,000-foot peak together. We guided a group of injured veterans to the top of the 20,000-foot peak . And then all that work sort of got rolled up into a movement called No Barriers where now, we have done hundreds and hundreds of outdoor programs around the world to help people break through those barriers. So, they can find out what their own ‘no barriers life’ looks like, and then re-

enter the world and make their own impact in the world. For me, that has been a real legacy, and the real summit of all these adventures.