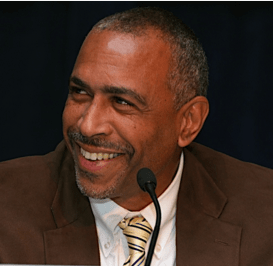 This is a guest post written by Pedro Noguera, Distinguished Professor of Education in the Graduate School of Education and Information Sciences at UCLA.

Now, more than ever, education is the subject of great controversy and conflict. Every politician running for office, whether that office is President, governor, congress or dogcatcher, claims that if elected, they will fix our schools. As our nation contends with serious matters—war, global warming, disease, poverty and inequality, education continues to rise to the surface as an issue that cannot be ignored.

Education should be a topic that is so ordinary and mundane that we simply forget about it and take it for granted. After all, we have been educating children for as long as human society has existed. Yet, it is increasingly the subject of hot debate. There are debates over high stakes testing, charter schools, the common core standards, bilingual education, school choice, violence and safety, and even “sexting.” These issues compete for space and attention in the news right alongside the other major issues of the day.

Ideally, education should be a non-partisan issue. It shouldn’t matter who the president, governor, or mayor is, or which party holds the majority in Congress or the state legislature. Ensuring that every child receives the education he or she needs to participate fully in society is so basic and so important, that carrying it out should be regarded as a sacred, non-political act. We don’t fight over highways (except how to pay for them), the water supply, sanitation, or managing air traffic. These issues are so basic to the functioning of a modern society that they are beyond politics. Ideally, education should be too.

But it’s not. Education is politicized and increasingly, controversial. Candidates run for office now making promises about the kinds of reforms they will initiate, even though the only qualification that they typically bring to the task is that they once went to school. By now, we are accustomed to the fact that with each election there will be new policies and reforms. It doesn’t make sense.

Because of the political battles and the partisanship that characterizes education today, we need a generation of solid, trustworthy educational leaders who have the fortitude, integrity and wisdom to guide us through the turbulence.

We need leaders whose character is impeccable, whose judgment and credibility are unimpeachable, and whose motives are clearly beyond reproach. Only leaders of this caliber can defend our teachers when they are attacked and vilified by ill-conceived policies. Only such leaders can protect our schools from mean spirited and shortsighted austerity measures. It takes individuals who possess that unique but essential attribute of “moral authority” to withstand the political upheaval of our times, and to keep our schools and children safe from the whims of politicians.

Fortunately, such leaders exist but not in the numbers we need. I meet them as I travel across the country – in small, rural communities where the superintendent also serves as the principal, the bus driver and chief custodian, because that’s all the budget can afford. I meet them in big cities where their presence in the hallways and at the crosswalk serves as a constant reminder to children that they are safe because their leader is around. I meet them at football games, school plays, at spirit rallies, and at late night board meetings. And when I run into these extraordinary leaders, I understand why our schools have been able to survive amidst the controversies and conflicts.

Public schools in the United States are among the most stable and accessible institutions we have in this society. They are the only institution that serves every child, regardless of background. And even when their test scores aren’t very high, they still support the welfare and well being of the children they serve.

Let us celebrate our educational leaders and honor them for the work they do. More often than not, their service is taken for granted. Too often, we only hear about them when there is a scandal or catastrophe. Let us celebrate our leaders because they are working en locus parenti (“in the place of a parent”) to ensure that the next generation of children is ready for adulthood. It’s not an easy job, especially now, but it is a job that is vital to our future.

Pedro Noguera is speaking at The Leader in Me Symposium event in Brooklyn, New York November 21st.