The impact of an educator with Muriel Summers

The impact of an educator with Muriel Summers 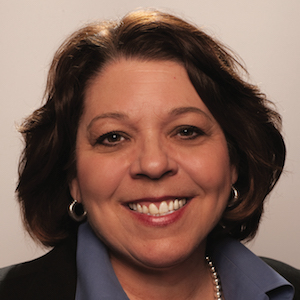 Dustin: I wrote down Miss Rose’s story three or four times in my notes that first day I met you, and I’d love to hear that story again.

Muriel Summers: Oh, I could hardly say her name without crying. I’ve told the story so many times, but I think it speaks to the power of an educator that truly loves children. I grew up in rural North Carolina, the granddaughter of a cotton farmer. Most of the children in our community were sons and daughters of farmers or mill workers, and so our futures outside of just staying in that community really weren’t there for us, unless we had parents who showed us something differently and, fortunately, for me, I had a mother who did that.

You know, I realized then the incredible opportunity educators have to do one of two things: you can either leave your heart print on a child that will last a lifetime, or you can leave a scar an open wound that will never heal. And I had teachers that fell into those two camps.

One, Miss Rose, who made us all feel that anything was possible, and the daily messages that you were special, you were loved, you were destined to do great things with your life, still remain on the hearts of all the students she taught.

I had a counselor who did not feel that I would be college-bound at that point in time in my life, and when I told her that I had gotten into UNC Chapel Hill, her response to me was, “You? There must be some mistake.”

And all these years later, those words still bring tears to my eyes.

And, you know, it’s an open wound that has never ever healed. But how grateful I am to the teacher that made that comment to me.

And I can say I have surrounded myself with the most amazing teachers who were far better teachers than I ever was. They leave daily heart prints. All you have to do is call up our students, and they’ll tell you about the amazing teachers. So, I was shaped very much by having Miss Rose as my teacher, but I was also shaped very much by having a counselor that didn’t believe in me.

I hope that long after I’m gone, there will be a child that will say, “Muriel Thomas Summers made a difference in my life.” Because when that can happen long after your passing, you’re living on through the lives of the people that you’ve touched.

And that’s the great gift of being a teacher, that you will live on in the lives of the children you’ve taught, if you’ve done a good job. That should be all of our goals: to have people say that one day about us.

Private: Social Emotional Learning: What it is and Why it Matters