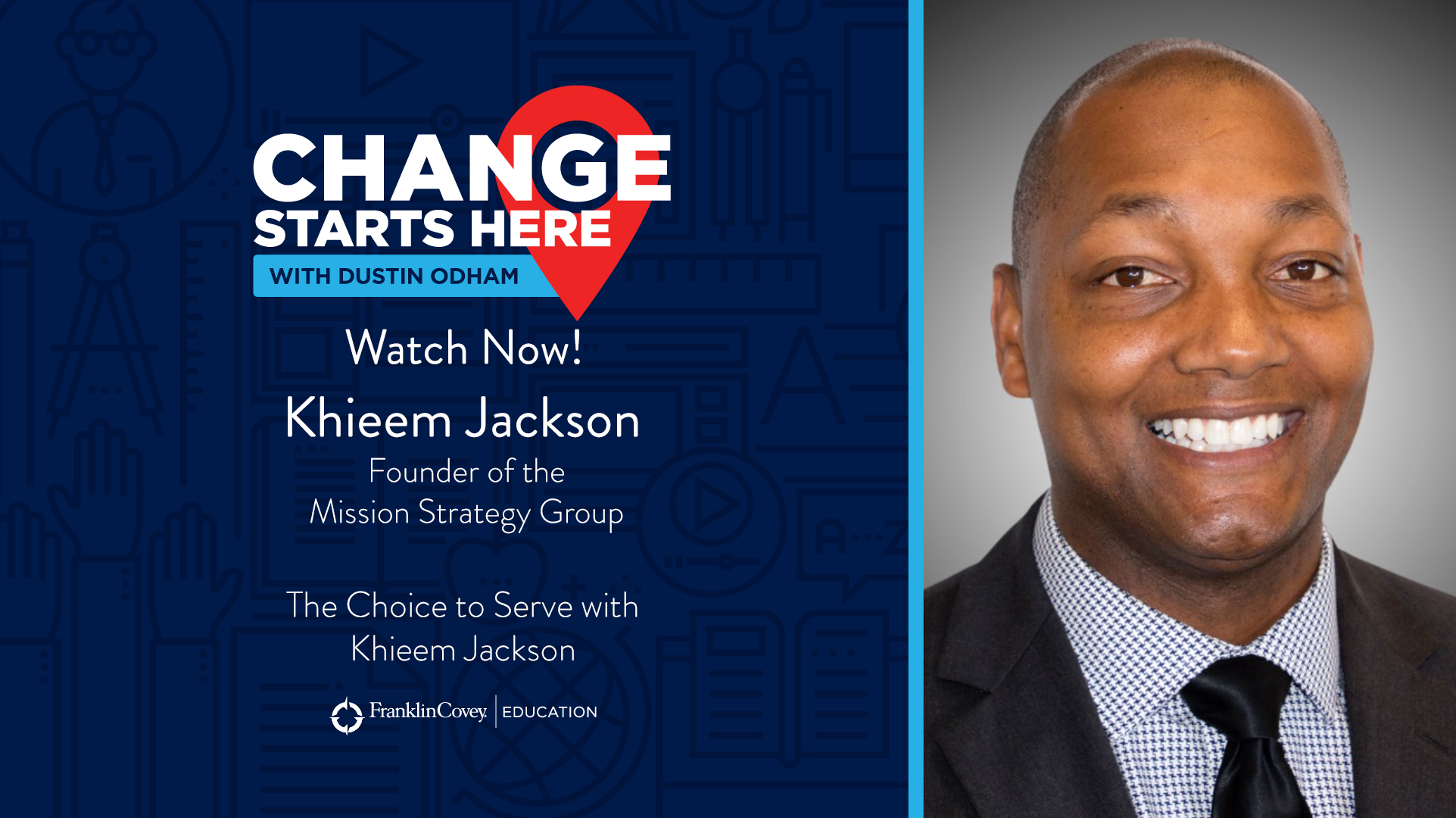 Dustin: What’s one piece of leadership advice that you want to share with our audience?

Khi: One of the greatest leadership lessons I learned was compassion for people. In my company Mission Strategy Group, we have a little tagline, “People first, mission always”. And I’ve come to that conclusion from a huge leadership failure.

I came to that conclusion from a huge leadership failure that I had. When I was working as what they call it an aide de camp, I was an assistant to a two-star General. The General because he was so busy, he led multiple bases in multiple states. So, he had me as his aid, a sergeant who was his driver, and he had someone who would help them with domestic duties.

Well, the sergeant was a part time single Father work worked for me and there was one occasion where he said, “Hey Captain Jackson, I have to pick up my son from daycare at five and it closes at five.” And we were with the General having a very important meeting and they run over sometimes, and I looked at him and I said, “That’s not my problem”.

In my mind, I was good.  I was a captain, I had kids, but my wife was at home, so I was good. I felt like I needed to support that General, but I was so inhuman in that moment.

Years later I reflected on that moment as the ultimate failure in leadership, because I did not take care of that marine so that he could take care of his family. How could even do his duty if he was worried about getting to his kid. At that time, I think the daycare was charging $1 a minute every time you were late to pick up your kids.

What I have taken from that moment, is I was anxious and when moments like this come, take some time and really reflect on what it means to make a good decision or an appropriate decision, so I took that huge leadership failure and turn it into something that I practice now. In moments, where I have to make decisions, sometimes split-second decisions, I take a step back from it and make an appropriate decision.