A Leadership “What if?” 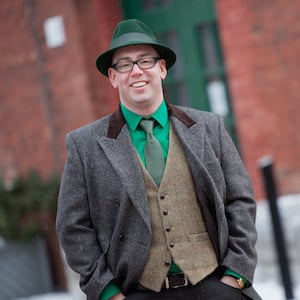 This is a guest post written by Drew Dudley, Motivational Leadership Speaker.

Recently I’ve been considering how perceptions of leadership would change if we started to teach that leaders don’t exist for very long—that they’re sort of like a firework – impressive and hard to miss, but then gone.

You see, right now it seems to me that we treat the term “leader” as if it’s a military rank: once someone earns it, it’s theirs until they die or do something to deserve having it stripped from them.

The result is that many people are considered “leaders” when they aren’t actively adding value. In fact, many are actively pulling value from their own life or the lives of others while carrying the title of “leader” because they have displayed leadership in the past.

However, what would happen if we no longer used past acts to judge or establish whether or not someone was a “leader”? What if we taught that a person is only a leader during the moments they are actively engaged in the process of leadership?

For instance, a baseball player is only a “baserunner” when they are on the bases. In the dugout, in the batter’s box, even when they’re playing in the field he or she can be acknowledged as having extraordinary baserunning talent; but, until they actually actively apply those talents, they are not a baserunner.

If we used this approach, we’d likely need to define what it meant to “engage in the process of leadership”.

I define leadership as striving to act, every day, in a way that makes it more likely you will have a positive impact on your own life and on the lives of others. So if, for the sake of this exploration, leadership was defined as “endeavouring to add value to your own life and the lives of other people,” people would only be leaders in those moments they were endeavouring to do just that. What if one by one, people began to refuse to treat “leader” as anything more than a temporary state? For example, in the old-school video games when your character becomes invincible eventually that temporary state wears off, and you have to do whatever is required to earn it once again.

What if we began to teach our children that you could be a leader many times a day, but there would likely be just as many moments, or more, when you were not? After all, if we embraced this definition of a leader, no one would be a leader while they slept.

And we could clarify it is okay to not be a leader 24/7, that the goal isn’t to accumulate money and wealth, or to compete with one another to be “in charge”—after all, those acts would no longer earn the title of “leader.” The goal would be to be a leader for the highest percentage of time possible each day (i.e. to spend as much of your time as possible adding value to others), but it would be a generally accepted that everyone would spend some portion of their day not being a leader.

How big of a shift would we see if we started to hand out as many rewards to the children who spend a high percentage of time as “leaders” as we to those who do well on tests? What if as many grades were given out based on how well children added value to each other as to those who have the ability to read, write, and do math? Is everyone born with the same capacity to add value to others? I don’t know, but the fact that there are far fewer, tangible rewards in the education system for doing so than there are for reading, writing, and doing math well (things for which we know not everyone is born with the same capacity) means we are unlikely to find out.

What if we began to teach our young people that it’s unacceptable to call people “leaders” when they don’t deserve it, and that they don’t deserve it when they’re not aiming to try to make things better for as many people as possible? Would people change their behaviour in order to continue to be called “leaders,” or would people simply cease to care as much about the term?

I don’t know the answer, but I’d love to see that cultural shift.

Register now to hear Drew Dudley speak at The Leader in Me Symposium in Orlando, FL on January 19-21. 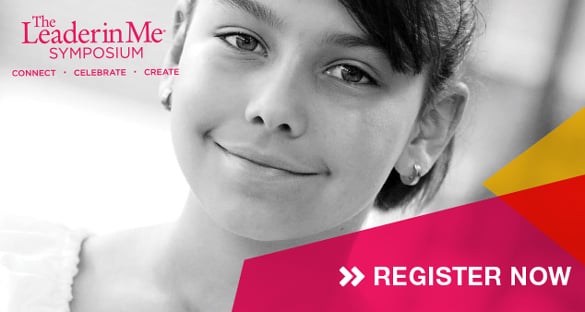