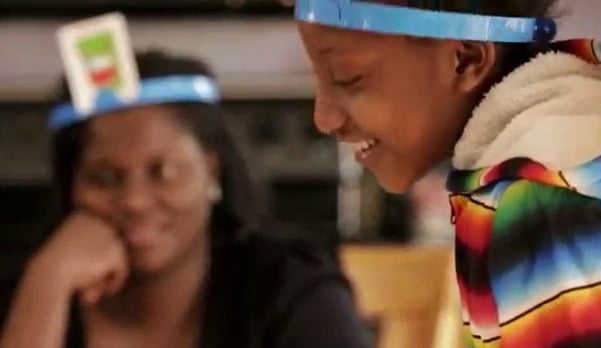 This is the story of two sisters struck with the unexpected loss of their father just two days before the end of the school year. One year later, almost to the day, they were faced with another tragic loss—this time it was their mother.

The sisters were taken under the wing of their mother’s sister, Aunt Donna. In the difficult months to follow, what transpired was quite unexpected and filled this fragile family’s home with hope.

When we were first called to film the story, we were inspired by the impact the 7 Habits were having on these sisters. They attend a Leader in Me School that teaches 21st-century life skills to every student. These skills include The 7 Habits of Highly Effective People, by Stephen R. Covey. As the sisters attended their group-counseling sessions, they were found reaching out to the other children in similar circumstances, explaining to them the idea of taking charge of their life and being a leader.

Aunt Donna and others were shocked to see how the sisters were internalizing leadership principals to cope with their challenge and to help others. In addition, they saw a complete transformation in their attitudes and academic success.

As we filmed this story, we discovered a beautiful partnership that had formed between the school and Donna’s family. The children started bringing their leadership skills home, and Aunt Donna found that the 7 Habits were making a big impact in her personal life as well.

Donna had come from a tremendously challenging upbringing. As a child, she lived in inner-city Philadelphia. Her mother was addicted to drugs, and Donna found herself being passed from one home to another. Eventually, she found herself sleeping on the streets, and then in and out of foster care. Somehow she was able to graduate from high school, and she desired to break the cycle of poverty that had challenged her family for generations. She dreamed of a day when she would be able to open a foster-care home to care for children dealing with challenges she was all too familiar with.

Donna’s desire to help others led her to attend nursing school, and she was able to land a nursing job, but her troubles were not over. She battled severe health issues, and struggled with a weight problem. Fast-forward to the day her sister died; Donna faced the challenge of raising her own two kids, and now her two nieces also. She felt overwhelmed with the responsibility, but she realized that in the most unusual way, she had the opportunity to provide a home and a good upbringing for other children.

Donna put her whole heart into this new parenting role. She took a night shift so that she could be there for the kids when they left for school and for a few hours each evening. When the children started coming home with the 7 Habits, she began learning about the idea of “Sharpen the Saw.” She decided to sharpen her saw by attending the gym every morning. She started losing weight and feeling healthy for the first time. She found that the 7 Habits gave her a common language she could use with her kids and was being reinforced at school. In partnership, she and the school have been instilling in these children the life skills they need to succeed.

When schools create an environment that values and educates the whole child, they empower students to overcome challenges that stand in the way of personal and academic success in school and life. As you watch the following video, think about what schools can do to partner with families in communities with the common goal of ensuring the success of children.